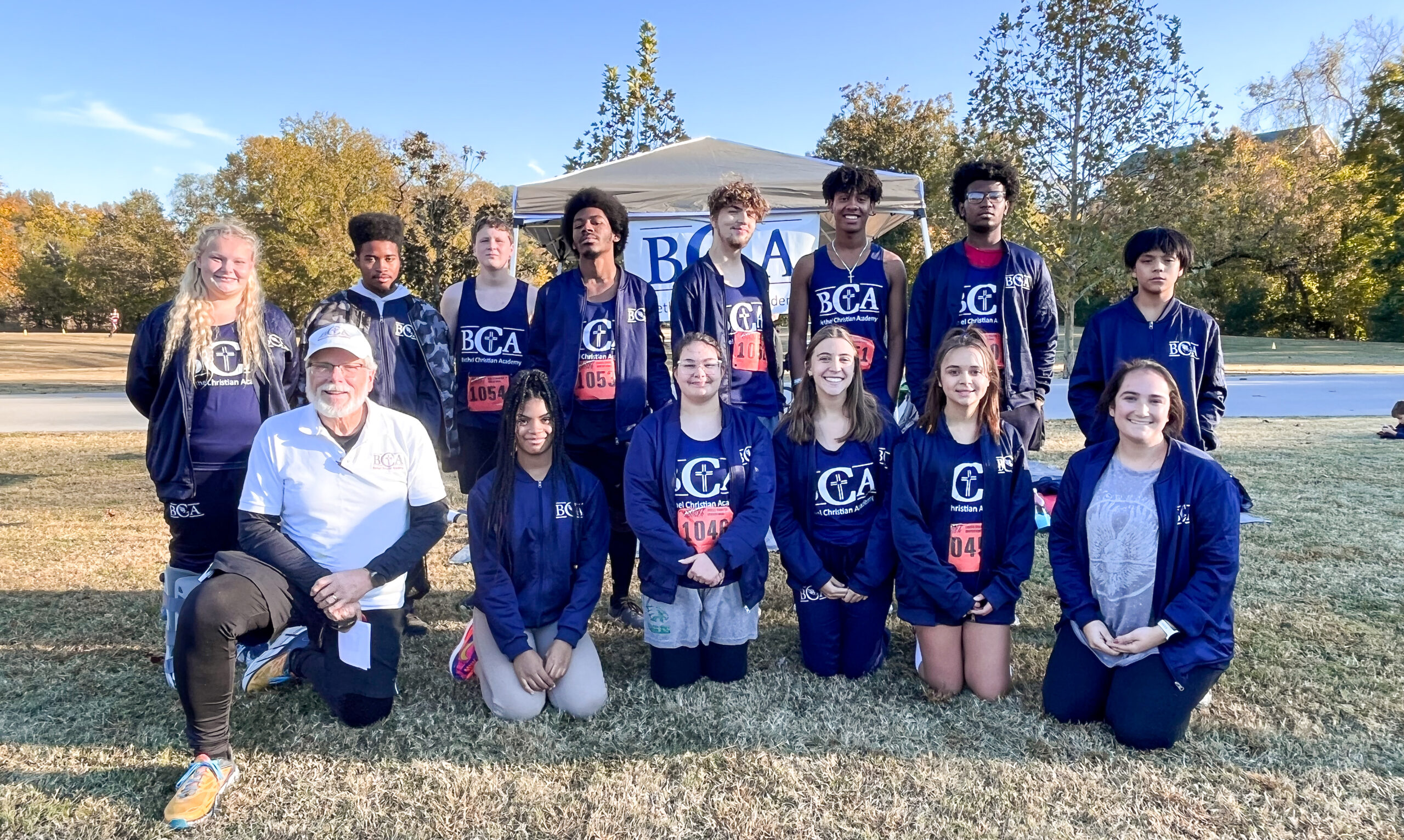 This month the kids at Bethel wrapped up the Cross Country running season. They trained hard over the summer months and into the fall semester. Often if you drove by you could spot them outside running laps around Bethel’s campus.

When they began this journey, many struggled. However, they persevered and have shown major improvement. As Coach Nicole Ortiz has said, “It has been so wonderful watching all of our kids grow so much this Cross Country season! Though some really struggled at the beginning of the season everyone has really improved in their times and attitudes toward running!”

Many of the kids have taken several minutes off their run time. In a recent meet Ethan shaved off five minutes! “I feel amazing, like I can do anything,” he said. “I’m happy, but sad that the season is over. I’m excited for theatre to start but want to continue to run.”

While reflecting on this season, Coach Barry Hulbert had this to say, “We began the season in the heat of August, out of shape and struggling to function as a team. As our season progressed, we began to see individual performances improve and a team spirit begin to emerge. Our season ended with several good individual performances. Teaching our students to think about team before self is a big part of what we strive to do through athletics at Bethel Christian Academy!”